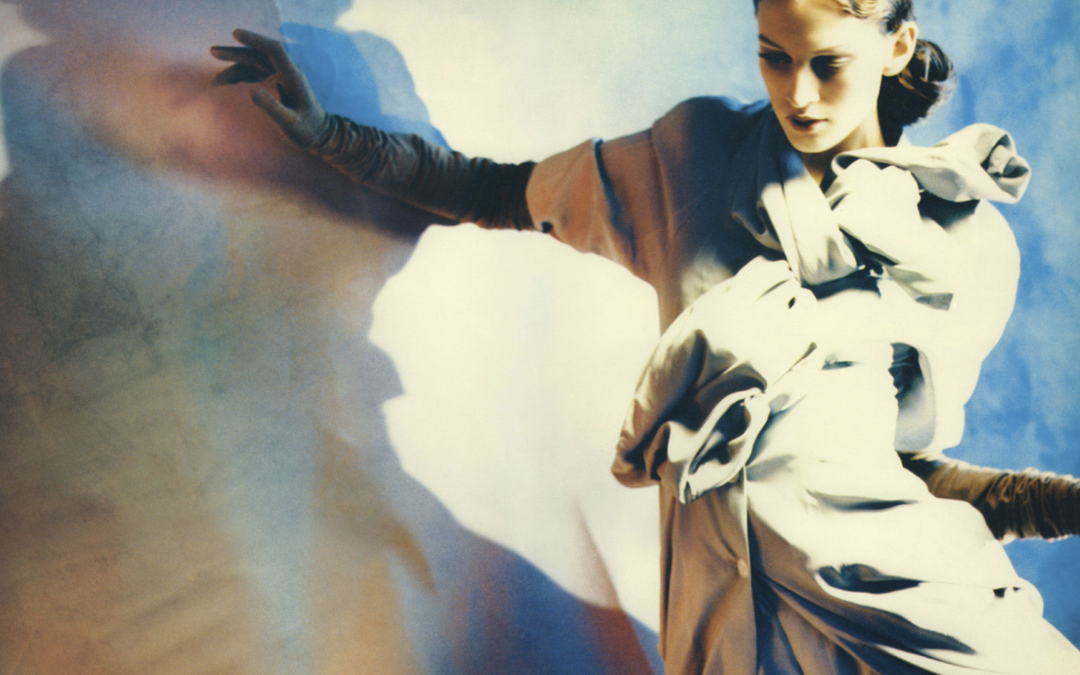 I’m not sure how well know Vallhonrat is in the US, but his work was famous in France back in the 1980s and 90s, and he’s this week’s “Photographer I Love”!

His work is moody and mysterious. Nothing is clearly shown, a lot is left to the imagination. The images invite us in and let us wander. They’re not didactic or straightforward; they evoke more a feeling than tell a story or show us something clear and precise.

Fashion would become his focus. After making a name for himself in Spain, he broadened his reach and became a successful and sought-after photographer for magazines and advertisers alike.

I especially love his approach to color and lighting. The way he uses them creates a sort of photographic painting (or painterly photograph!).

His experimentations result in striking images. They remind me of Impressionism. And to think it is all done on film, not digital! That’s magic!

Disclaimer: Aurelie’s Gallery does not represent Javier Vallhonrat. My “Photographers I love” series is purely for inspiration and to encourage discussion.