by Aurélie | I Love Photography | 0 comments 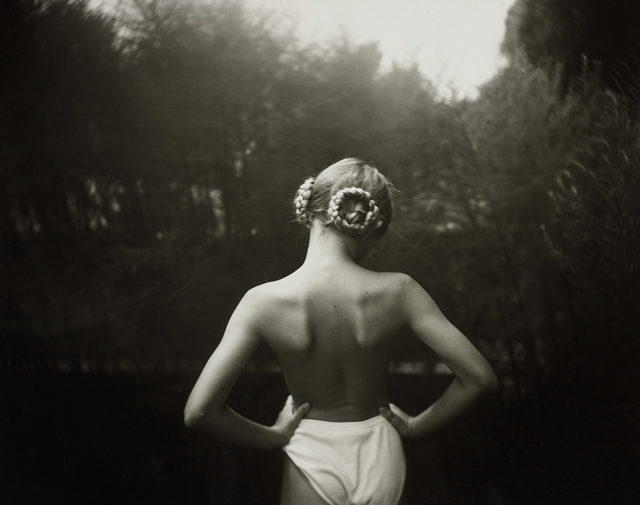 I am not a mother so I don’t have firsthand experience with kids. I only have a vague idea of what it means to have this viscerally physical connection with another being. Art gave me a glimpse into that reality.

Once was in Terrence Malick’s movie The Tree of Life, when you see a character lying down on the grass with her newborn baby – you could feel their closeness. The other time was looking at Sally Mann’s photographs of her children.

Mann started documenting her family in the 1980s. They lived on an old farm in Virginia filled with history and surrounded by lush vegetation.

She decided to use an old 8×10 camera, which gives her images their timelessness, but also means these are the opposite of quick snapshots.

There’s nothing casual when working with a 100-year-old clunky large format film camera! Her images are carefully constructed, and she later spends hours in her darkroom to achieve the desired effect.

The resulting images are beautiful and poetic. They also raise at times uncomfortable questions. Your reaction to them will depend in part on your degree of comfort with the uncomfortable.

Some felt she was exploiting her kids; others argued her work was nothing more than an artsy take on child pornography, while her admirers praised her for capturing childhood and its complexity in such an honest way.

Her images can be read on a multitude of levels, which creates ambiguity and, in turn, unease. Without context, without knowledge of her and her family life, you can see the worst in her world.

For example, in the portrait Damaged Child, her eldest daughter is shown with a swollen eye and looking angry. You would be forgiven to think she might a victim of child abuse. The truth is much simpler though: she was upset because she had been bitten by a gnat!

Another image shows a young girl holding what looks like a cigarette. Many people thought she was smoking when in fact it was a candy cigarette. Still not a good idea [full disclosure, we had them too in France when I was a kid], not obviously not as serious as a problem as kids actually smoking!

I’ll be honest: some images do make me pause, if not make me uneasy. At the same time, I learned to lean into this discomfort and question it (and myself).

Great art is meant to raise questions so we learn more about ourselves and the world. It’s not always about bringing us answers – some questions have no answers – but about making us think.

I love Sally Mann’s work not only for its beauty but also because it challenges me.

Disclaimer: Aurelie’s Gallery does not represent Sally Mann, nor claims to do so. My “Photographers I love” series is purely for inspiration and to encourage discussion.