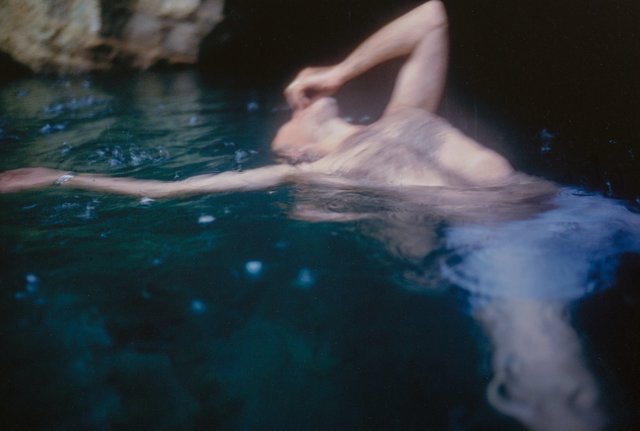 by Aurélie | I Love Photography

Nan Goldin’s photographs are not always easy to face. They show hardship, violence and pain. But they also, and more importantly, show life – the good, the bad, and the ugly of it.

Nan Goldin grew up near Boston in the 1950s. The Norman Rockwell image of suburban middle-class life imploded when her older sister committed suicide when Goldin was 11. Her sister wanted to live freely, but the loosening of social mores and the sexual revolution the pill introduced in the 60s hadn’t happened yet. Nan Goldin is a product of the liberation her sister never saw.

She started documenting her friends as a teenager, capturing unfiltered moments of intimacy and vulnerability. She befriended people in the LGBTQ+ community and ended up, a few years later, documenting the desolation the AIDS crisis brought onto her friends.

Most recently, while documenting the opioid crisis that has been ravaging the US, Golding became a vocal opponent to the Sackler family and their company, Purdue, which produced and pushed Oxycontin. She targeted museums and universities that accepted their money and shed light on the ugly side of philanthropy. Her activism bore fruit: in December 2021, the Met Museum in New York removed the Sackler name from its exhibition halls.

Her interest in people on the fringe stemmed from her teenage rebellion and the cultural environment of the time. She saw junkies as romantic figures but eventually cut through the haze and saw them for what they were – tragic figures, people lost to forces stronger and darker than themselves.

She often explained that her photographs are like her own private diary, just one made public. They are her way to celebrate and remember her friends when so many of them have passed away or were never recognized by society. Her work is about memory, first and foremost.

Nan Goldin doesn’t shy away from the pain that sometimes comes with being alive. I remember her show at MoMA and seeing with her (in)famous self-portrait where you see her with a black eye after an argument with her boyfriend. I find the image difficult to look at – the idea of getting punched in the face by the person I love is pretty terrifying for me – but there she stood, upright and strong, flaunting expectations of decorum or victimhood.

Her photographs are very intimate and raise at time question about voyeurism. I don’t think anyone can accuse Nan Goldin of being a voyeur – these are her people, her friends, her tribe. She shares these moments with them, lives their pain and joy.

Disclaimer: Aurelie’s Gallery does not represent Nan Goldin, nor claims to do so. My “Photographers I love” series is purely for inspiration and to encourage discussion. 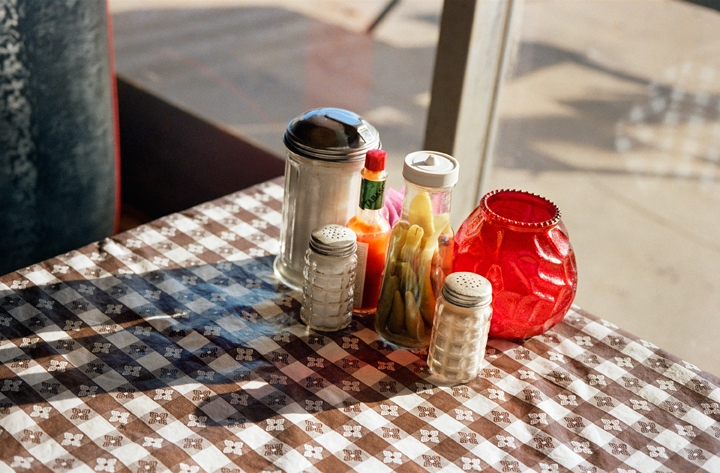 by Aurélie | I Love Photography

William Eggleston is credited with making color photography a legitimate art form. To understand this, we need to put him back in his historical context, the late 1960s.

Back then, most of the art world was struggling with accepting photography itself as art. Unlike traditional mediums like paintings or sculptures, photographs can be reproduced, which made them less “valuable” to traditionalists.

Even when people considered photography an art form, they would often draw the line at color photography, which was seen as too commercial and pedestrian to be taken seriously.

Eggleston changed all that.

Nothing in his upbringing marked him as a revolutionary… but you always have to watch out for the quiet ones! ?

Born in 1939, Eggleston grew up in the South in an affluent family. While he attended a series of private schools, he never graduated from any of them. He was interested in arts and when a friend gave him a camera, he latched on to it.

Eggleston started to experiment with black and white before moving to color in the mid-60s. His early influences were Henri Cartier-Bresson, Robert Frank and Walker Evans, all remarkable photographers with an uncanny talent to capture beauty in the most mundane settings. Eggleston also focused his lens on everyday moments. His sense of composition and color brings an unexpected power to his seemingly simple images.

His choice to shoot in color was a natural one for him. Developing on his own as an artist far from the art world, he approached color photography with no preconceived notion that it was not a “proper” medium. Color film was easily attainable and captured the world the way he saw it – that was enough for him. As he later remarked, “Not intending to make any particular comment about whether it was good or bad or whether I liked it or not. It was just there, and I was interested in it.”

In the early 70s, Eggleston discovered dye-transfer printing, which was only used for commercial photography, or by everyday people snapping away during their vacation. It quickly became his favored printing method as it gave his prints saturated and vibrant colors.

The most famous example of this is his 1973 image titled, The Red Ceiling. Eggleston later noted that only dye-transfer printing truly represented his vision. Any other printing lacked depth and intensity. He said, “The Red Ceiling is so powerful, that in fact I’ve never seen it reproduced on the page to my satisfaction. When you look at the dye [print] it is like red blood that’s wet on the wall.”

In 1976, MoMA in New York gave him a show. Although it was not the first time the museum had exhibited color photographs, Eggleston’s show created quite a stir. The venerable Ansel Adams, one of the (grand) fathers of photography, notably expressed his distress at seeing MoMA celebrating this kind of work.

The show created such a stir that it is still viewed to this day as a watershed moment. Eggleston broke open the door and brought color photography to one of the most influential art institutions in the world. Despite the controversy, the exhibit was a success and color photography was never looked down again.

Disclaimer: Aurelie’s Gallery does not represent William Eggleston, nor claims to do so. My “Photographers I love” series is purely for inspiration and to encourage discussion.