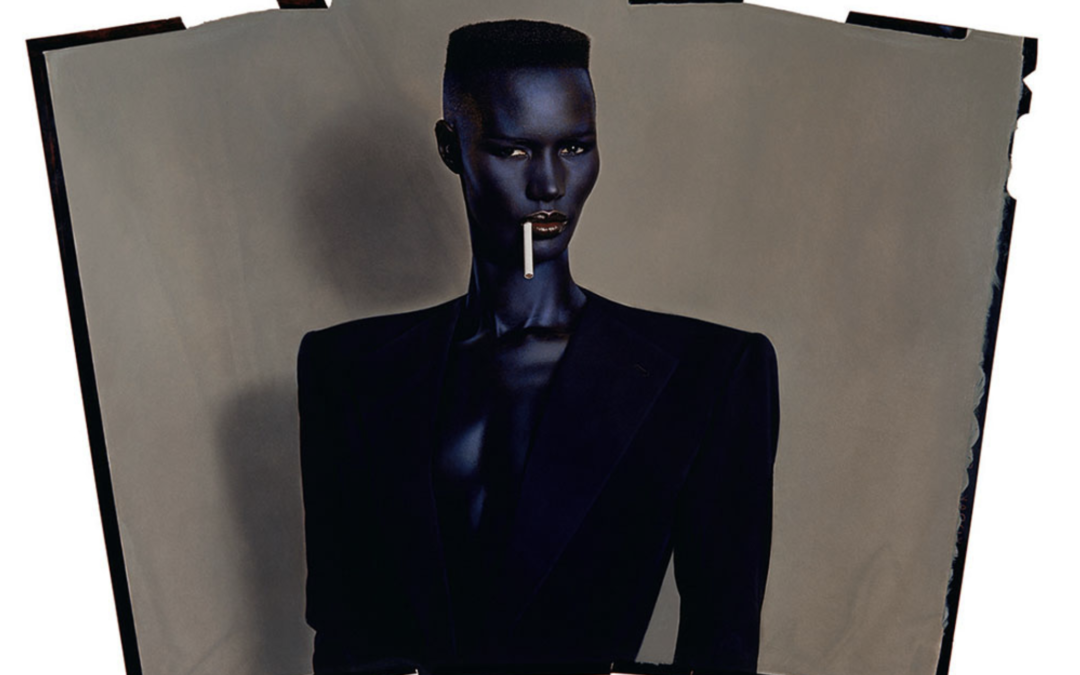 Although Jean-Paul Goude carries his share of controversy, he still remains one of the photographers I love. In the 80s in France, I saw his work everywhere, from Chanel ads to highly creative commercials on TV.

Growing up in France with an American mother, Goude had access to both cultures. This multi-nationalism helped shape his vision. His work often mixes a multitude of references and inspiration, rooted in both classical culture and pop culture alike.

He choreographed the 1989 celebration to mark the 200th anniversary of the French Revolution, for which he dreamed up hundreds of costumes and characters. The parade is a “best of” of his creative universe and shows his unbridled imagination.

Goude was once named “the best photographer in the world” by Andy Warhol. Like the Pop Art icon, he started his career as an illustrator and art director.

Marked by the work of George Lois for Esquire, Goude moved to New York to work for the magazine in the 70s. His design work there mixed photography and illustration, often with surrealist results.

You can see his background in his photographs as he uses his design skills to create truly original images. He often elongates and redraws the human body to obtain an idealized version of it.

His idealization verge at times on fetishization and exoticization, especially of black women. Some of his most famous work came from his collaboration with then-girlfriend Grace Jones. Through his photographs, he emphasized her blackness, her “otherness,” and showed her as a hypersexual object. His 1982 photo book, billed as a celebration of black women and titled Jungle Fever (sic), shows Jones naked in a cage on its cover. When NPR asked Jones if she worried how these images might be perceived now, Jones, in true Grace Jones fashion, answered, “I don’t care.” She added, “Some people feel uncomfortable with certain types of art, but it’s an art form for me.” His images are confrontational and unapologetic. He’s flipping the bird to conventions and propriety. In Grace Jones, he found the perfect muse – someone as unafraid as he was, with a larger-than-life personality to match. There’s no denying Goude fetishes black women; they are a recurring motif in his work (and life). The obsessional objectification can cause discomfort or anger in some viewers. It can also “break the Internet” – for Paper Magazine, Goude redrew Kim Kardashian’s formidable figure, emphasizing her already imposing derriere and curvature. It was the latest iteration of a life-long obsession.

For me, Goude poses the same question Helmut Newton does: yes, some images are cringe-worthy (or worse), but I also recognize them as coming from a different time and place. Goude and Newton were most active in the 70s and 80s, a moment of great creative and sexual freedom. Since then, AIDS dampened sex, and society started to reckon with the damage the (white) male gaze can create.

Perhaps naively, perhaps for nostalgia reasons, I’ll continue to love Goude for how creative and unique he is.

Disclaimer: Aurelie’s Gallery does not represent Jean-Paul Goude. My “Photographers I love” series is purely for inspiration and to encourage discussion.